Stochas is a previously commercial software that is now open source. If you are an existing customer of Audio Vitamins please be aware that they will no longer be providing support for this product. It is now under the umbrella of the Surge Synth Team, a team of open-source enthusiasts who maintain and support Surge Synthesizer and other open-source tools. Stochas is still actively supported by the original author as well. Please open an issue in the issue tracker.. There is an introductory video that was produced when Stochas was a commercial product that gives a good overview of it.

Stochas is at it’s core a step sequencer, which means it generates MIDI notes. As such it does not generate any sound of it’s own but can be used to sequence other plugins and/or hardware synthesizers. Although it can be used for basic step sequencing, it’s main function is to provide randomness to the step sequencing process. It does this in a few ways:

In addition to the randomness features, it offers a wealth of features:

Stochas was originally developed as closed source software back in 2016 and was made available for sale by Audio Vitamins. The original idea sprang from a JSFX plugin (Reaper plugin) created by Andrew Shakinovsky called Stochasticizer which allowed semi-random sequencing of melodic and drum lines. Andrew was contacted by Dave Clissold of Audio Vitamins who suggested creating a plugin that would work in any DAW. The two worked together to design the product which was released a few months later. Due to lack of time to devote to marketing a commercial product, in 2020 it was decided to release the software as open source. 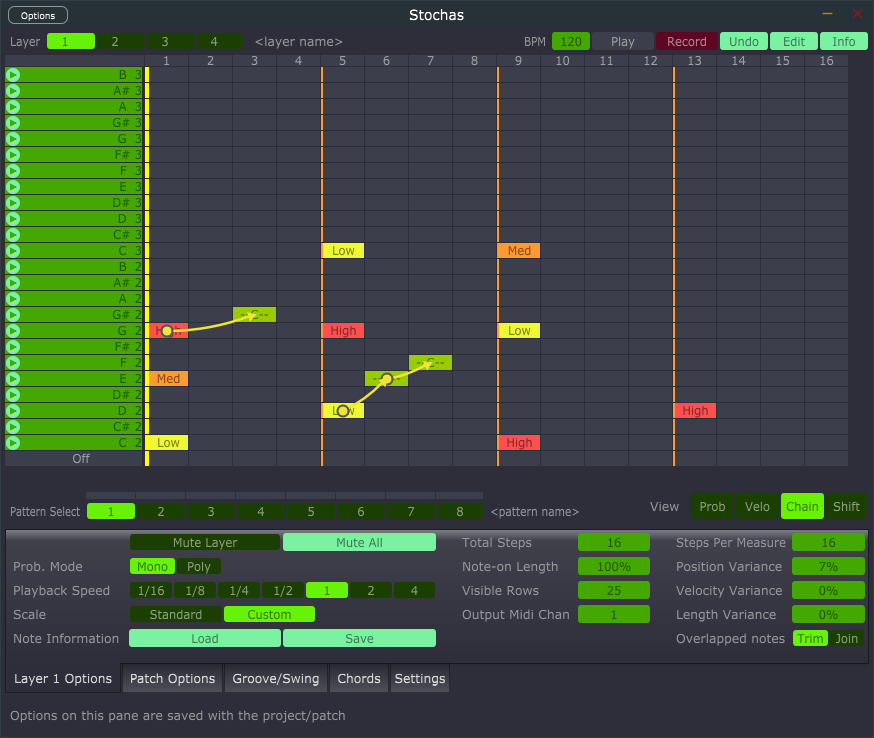